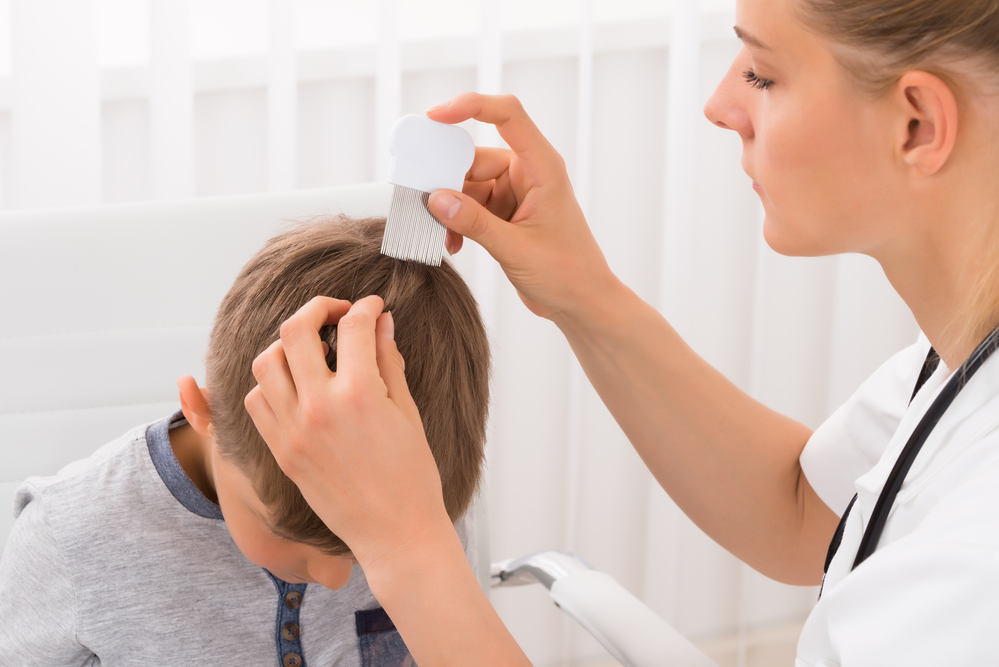 Pediculosis, or infestation with the human head louse (pediculus humanus capitis), is one of the most common human parasitic infestations worldwide, especially among elementary school children. In the United States, about 6-12 million kids get head lice per year. Head lice can infest anyone’s hair, regardless of gender, nationality, race, or hygiene.  Even the cleanest classrooms and the most sanitary households can be affected by head lice. Let’s learn about lice!

1. Head lice are parasitic insects that only attack humans. You won’t catch lice from the family pet, nor will you give lice to your family pet.
2. The most common way head lice spread is through direct head-to-head contact with an infested person. They can’t fly or jump. The second most common way they spread is through combs, brushes or hats.
3. Head lice are very small — about the size of a sesame seed. They can be tan, brown, or gray in color. They also lay eggs, called nits.
4. This parasite prefers a dark, warm environment and is often discovered behind the ears, under a ponytail and at the nape of the neck. They can also be found on eyebrows and eyelashes, but that isn’t as common.
5. Head lice stay alive by feeding on blood from the human scalp. They will die within 1 to 2 days after being off their host because they no longer have a food source.
6. A female louse can lay up to 10 eggs daily and they usually lay their eggs ¼” from the scalp.
7. Nits can often be mistaken for dandruff. But they are firmly attached to the hair shaft with a waterproof glue-like substance and won’t budge by simply shaking the hair. They must be individually pulled out, most effective with a lice comb.
8. Anyone can get head lice. Doesn’t matter your race, socioeconomic status or hair type. All they want is hair to attach to and blood to suck.
9. Males are less likely to get head lice than females because they typically have shorter hair. People who are bald will not contract head lice because they need hair to attach to.

Now You know a little bit more about head lice!