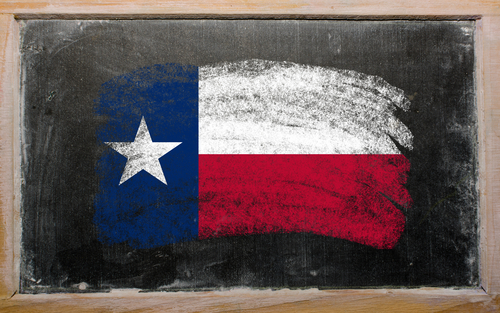 Texas is among several states who have updated their views on “no nit” policies in public school districts. For decades this policy has put children in embarrassing positions in front of their peers, removed them from the classroom for sometimes weeks at a time, and can be quite tricky to diagnose as nits, lice eggs, are often incredibly difficult to recognize.

Recently the media brought this to light as a fifth grade Florida student was kicked out of school on November 9, 2017 for a case of head lice. Thomas Jefferson Elementary School in Duvall County Florida dismissed Maddie Hunter and then continued to refuse her to re-enter the classroom for over three weeks. Every morning her mother would drop her off at school, have her scalp rechecked for nits, and she would be turned away as one or two nits were discovered.

“I really need help with reading,” Maddie told Fox 30 News. “I’ve been struggling in reading and I can’t do that because of missing so much school.” Her situation not only took her out of the classroom for three weeks but she missed out on drama and choir rehearsals as well.

Maddie’s head had been treated multiple times by several over the counter shampoos, and no live lice were present. “They just said it’s a school board policy,” Maddie’s mother recounted to Fox 30 News. “Their hands are tied, they can’t do anything.”

Which bids the question? Is this indeed the best way to handle a case of head lice? If you ask the Texas Department of State Health Services it is not. Their website states, “According to Texas law your child will be sent home from school if live lice are found in their hair. However, they won’t be sent home, if only nits are found. The law also states that your child is allowed to return to school after one medicated shampoo or lotion treatment has been given. When your child returns to school, a head check is not required by law and there is no requirement to report head lice cases to officials.”

However, individual Texas school districts still have the ultimate power to decide. State officials make it clear,  “Each school district can make their rules tougher if they choose. And many do. Talk to the school nurse or someone else in charge, to find out what your child’s school rules are.”

As Texas districts exam the facts it would be helpful to note that both the American Academy of Pediatrics and the National Association of School Nurses advocate that “no-nit” policies should be reevaluated and changed. They agree head lice is a social issue not a health threat. “No nit” policies place an unequal amount of emphasis on head lice management than on real health concerns which should be higher priority. Research shows that the cost of sending nurses through entire school systems to do individual head lice checks is not an effective tool in fighting off infection. Students who miss too much school due to nits are also missing out on valuable learning time when the nits in their hair, which may already be hatched and are really empty shells, pose little or no risk to other students.

Head lice checks are offered through Lice Clinics of Texas. Diagnosis is often the most difficult part of catching the problem early on. Experts at our clinics can help you understand the warning signs and symptoms of head lice.