How Do Head Lice Move? 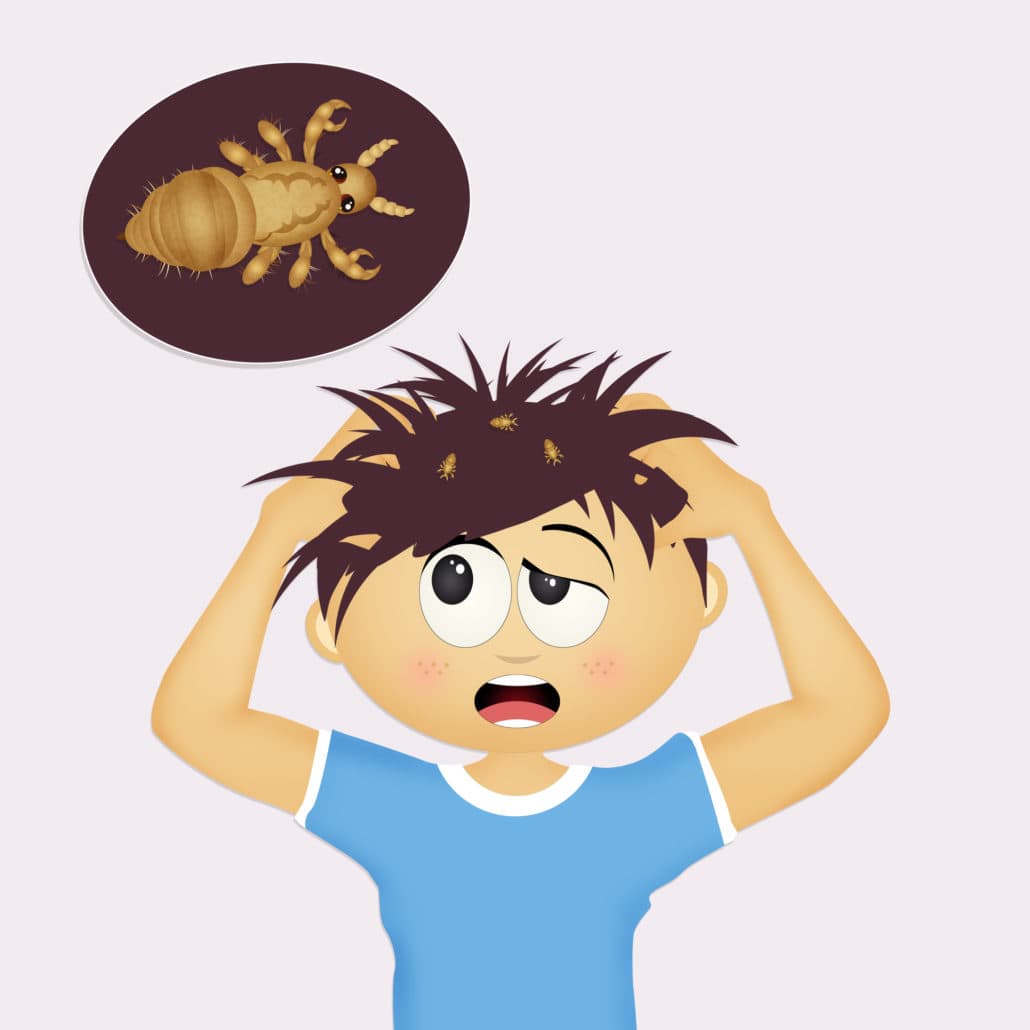 Head lice are creepy critters that make all of us feel icky! Did you know that when the summer months hit we usually see a spike in head lice outbreaks? This is due to the fact that kids are hanging out on vacations, summer camps, sports camps, band camps, around swimming pools, camping in their own back yards, or even just playing outside together more often.

Every year in the United States up to 12 million children between the ages of 6-12 will contract head lice according to the Centers for Disease Control and Prevention. Adults or teens living with these young children are at a higher risk for catching head lice also. As the summer break hits parents or older kids might be snuggling up under the stars to make s’ mores with their favorite little buddies, or spending some time cuddling while watching their favorite Disney movie. Before you know it a small head louse has crawled from your little ones head to yours!

Do head lice jump or fly?

No. Head lice are perfectly equipped to crawl through human hair strands. They do not have wings and can not jump.

There are many different types of lice that are inflicted on different animals or parts of the body. The head louse, or Pediculus humanus capitis, is a parasitic insect that can be found on the head, eyebrows, and eyelashes of people. Head lice feed on human blood several times a day and live close to the human scalp. Head lice are not known to spread disease.

These lice are not a risk to animals or other parts of the human body because their body is made up to grasp human hair. They are not able to grasp thicker or differently textured hair.  If hair found on the pubic area, or an animal, for example, were exposed to head lice they would be unable to fit their claws around it and infect the area or animal.

Just how do head lice move from head to head?

Other forms of lice are equipped to grasp onto different sizes of hair. For example, specific species of lice have claws that enable them to move through bird feathers with ease, while the human head lice would be unable to grasp it.

As two heads are pressed together under any circumstance, an adult louse can easily grasp onto the new head of hair and make a new home on its next human host. Female lice will then lay their eggs, or nits, on the base of a single hair strand very near the scalp. These eggs are glued onto the hair with a secretion that makes them sturdy and safe for the nit. The humidity and warmth from the human host give the nit an ideal environment to grow and hatch. In as a little as 7-9 days, new lice will begin hatching and creating a home on the new scalp.

Because of their strong claws and agility, head lice are also easily able to hang onto items that the head may have rested on. Pillows, blankets, fabric on a movie theater seat, the lining of a helmet, or any other such areas are all places head lice could be hanging out, waiting for a new host.

How can you get head lice from hats or pillows?

If a louse is knocked off of a head or crawls off of the head, they have 24 hours at the most to find a new host, or they will simply die. Without the head source or blood source of a human, they will not live longer than that.

In recent years, scientists John Clark and his team at the University of Massachusetts have tested head lice in nearly every state in the country. They have proven that head lice are now showing strong immunities to over the counter lice treatments, such as natural insecticides and pyrethrins. Because of this overwhelming resistance to lice products, the head lice problem we see today is on the rise.

Lice Clinics of Texas offers a solution. The technology we use allows us to dehydrate the head lice and eggs on the scalp in as a little as 90 minutes. A single session can eliminate the need for shampoos, nitpicking or harsh chemical products that others try to get rid of their head lice problem. We want to help you be head lice free! Call our office today to schedule head lice checks for your family.